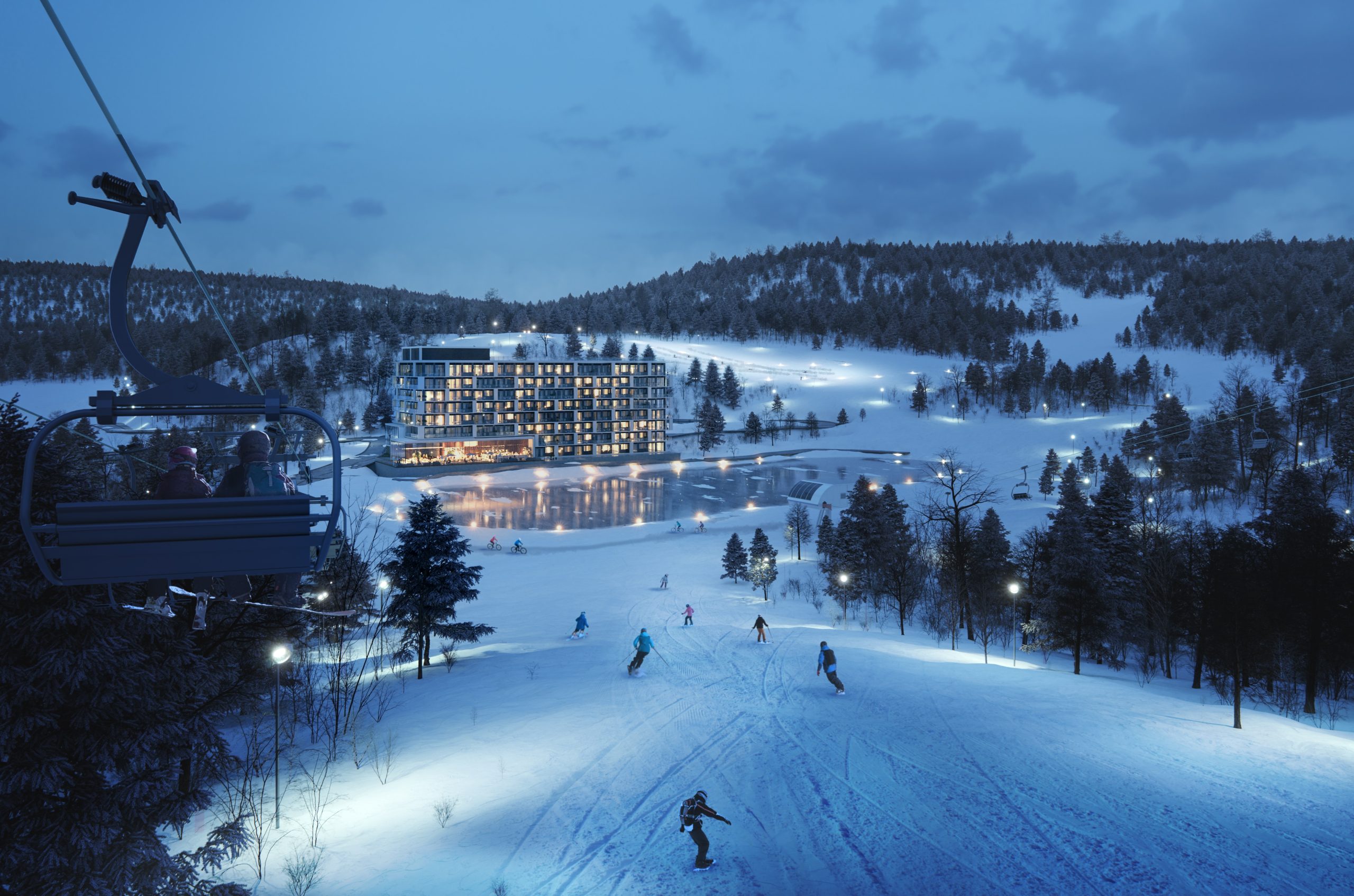 Follow Our Team at the Latest New Development Releases​ 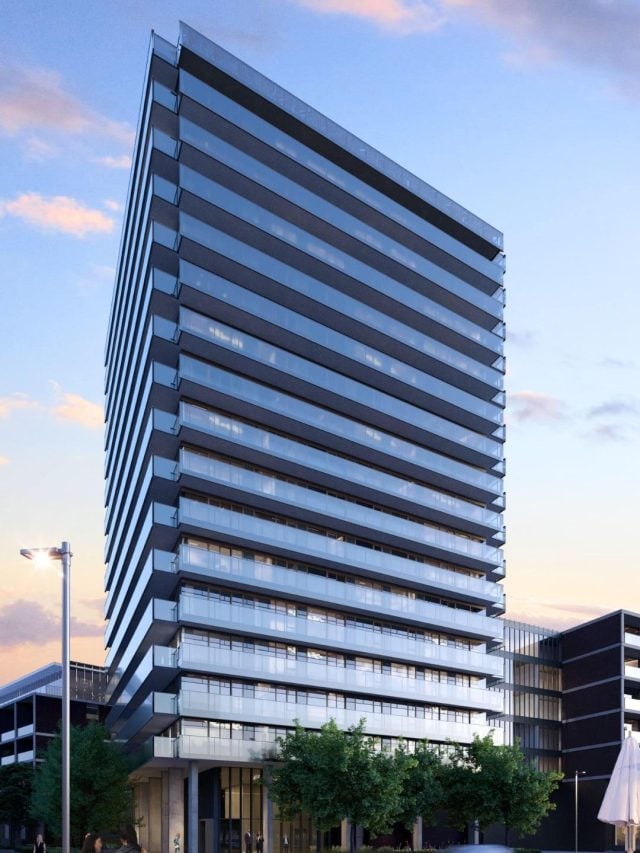 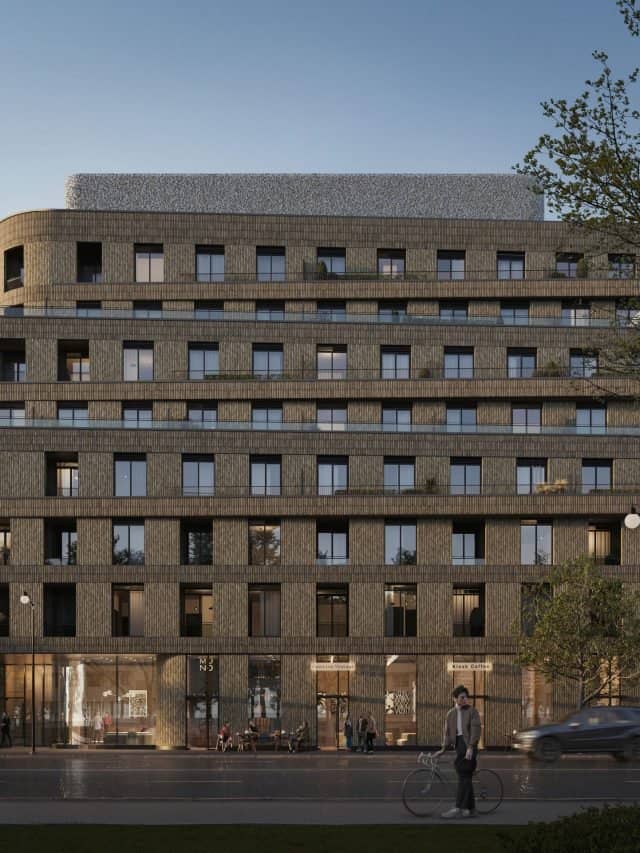 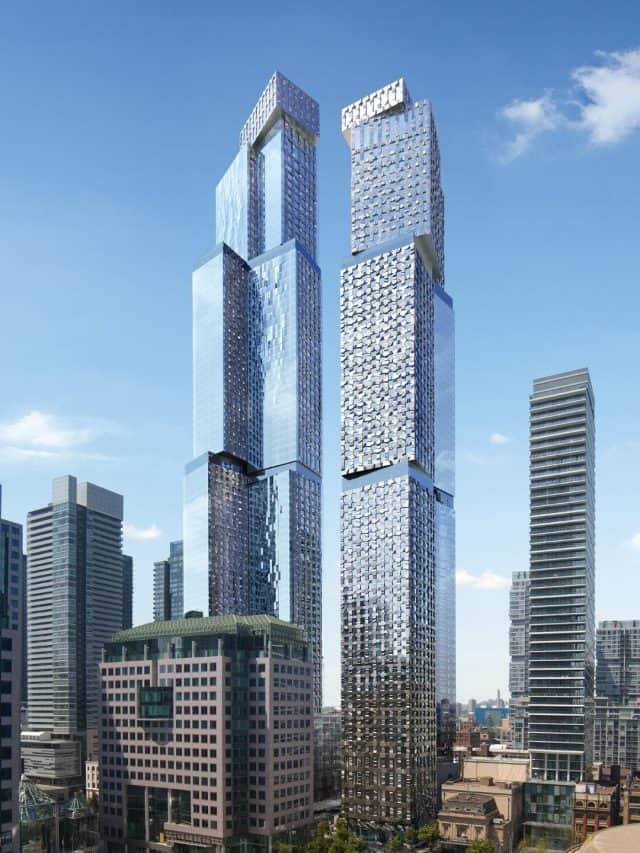 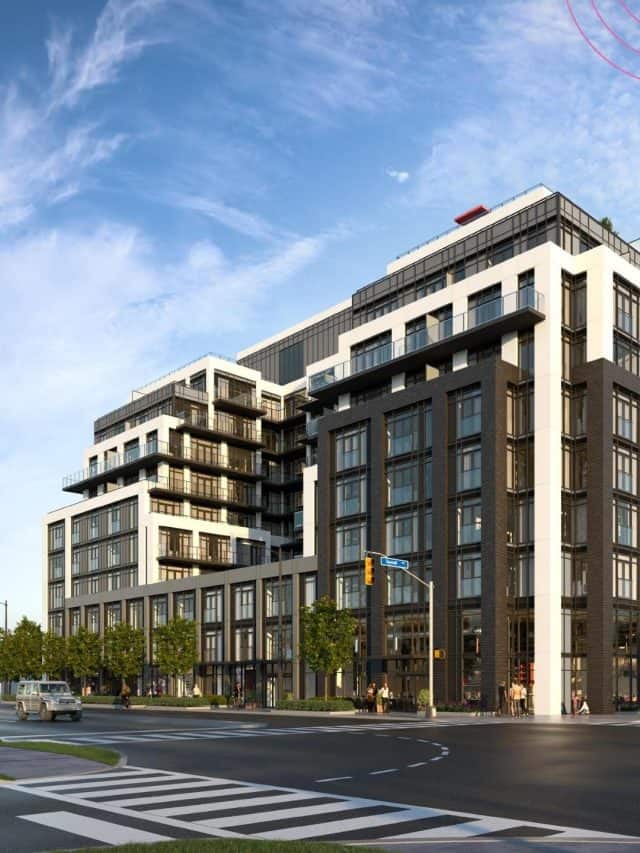 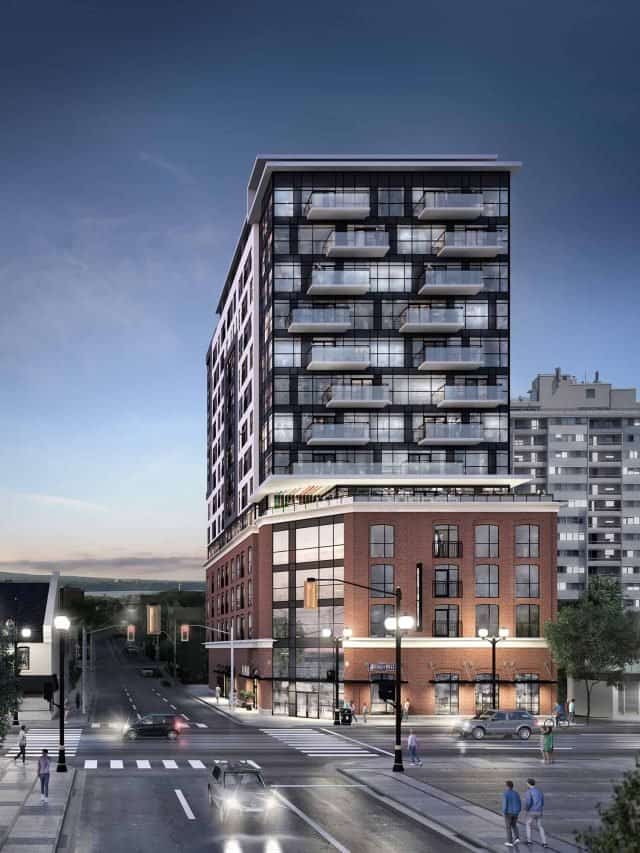 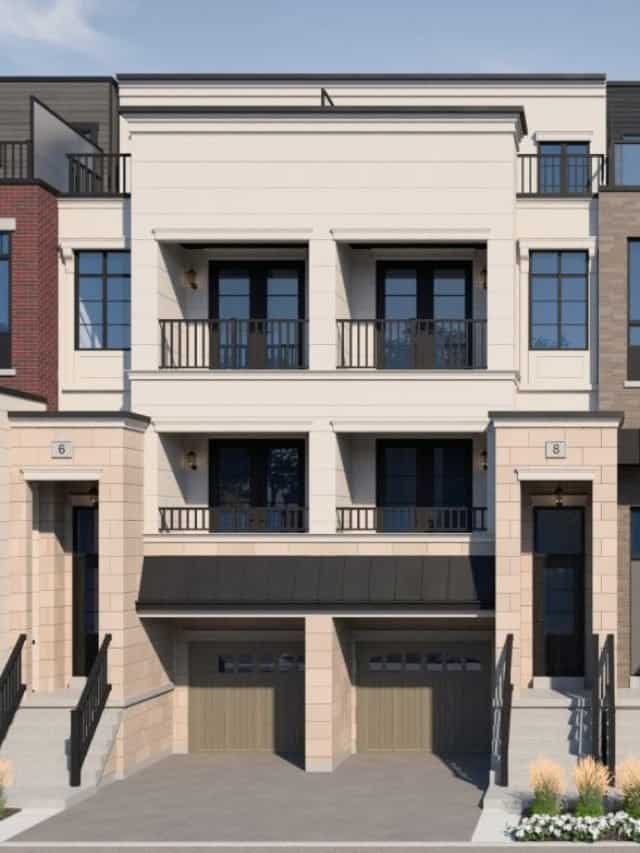 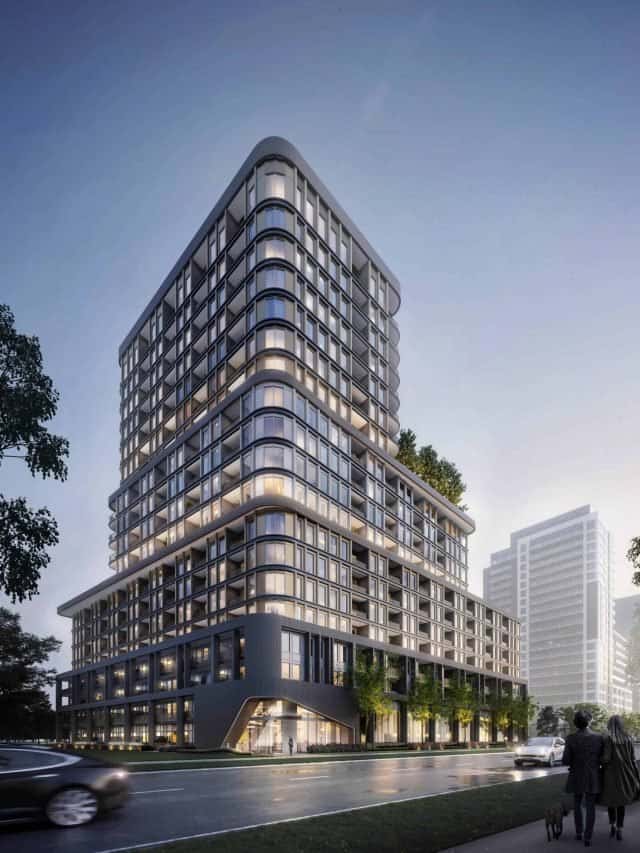 The Greenwich
Search for your New
Investment
First
Dream
condominium

The Cedars at Brydon Bay

$1,400,000+
2024
View All
See whats
Trending
Happening
Changing
now in the Greater Toronto Area
Have You Planned Your Real Estate Goals?

It’s a new year and if you aren’t yet living in the condo of your dreams,…

10 Condo Builders in Toronto That Dominate

You might be looking to buy a new condo, and many great deals may pop up your way, I…

Posh Style Vibe will be releasing the Floor plans and Prices to Condo Royalty, as of…

As the Covid-19 pandemic continues to wind down, it's expected that we may see a huge demand for condominiums in the big cities across Canada including Toronto.

In 2020, at the beginning of the Covid 19 pandemic, many people that owned condos in the city started looking for more affordable real estate and more space. A work-at-home lifestyle quickly took over as a new normal for many white-collar workers. People didn’t have to live close to the city in Toronto condos in order to experience a quicker commute to the office and they started to look further outside of the city proper to find housing.

While real estate agents were getting calls from condo owners 2 years ago that had decided to sell their condos and had them added to the real estate listings, many of the same condo dwellers are now having second thoughts and are considering moving back into downtown Toronto. While not everybody is back at work in the physical office on a full-time basis, many are being asked to return for at least a few days per week.Some of these condo owners are now stuck in a position where they can’t get back into Toronto condos, however, due to the price increases. Many others, on the other hand, have purchased single detached homes in areas where the price increases were very high and find themselves in a strong position to buy downtown condos in Toronto again if they want.It will be interesting to see how the shift back into downtown Toronto will play out. It isn’t known whether it will be at the same magnitude as the original exit out and only time will tell the complete story. It’s expected that a lot of people that left will still be working from home on a full-time basis since the entire work industry across the country has evolved since the beginning of the pandemic.

The demand for Toronto condos continues to grow and is gathering steam. The situation is turning into a seller’s market once again for condos in Toronto. As the Covid-19 pandemic continues to wind down, it’s expected that we may see a huge demand for condominiums in the big cities across Canada including Toronto. This is taking into account interest rates that are expected to rise even more as the pandemic recedes.
In 2020, at the beginning of the Covid 19 pandemic, many people that owned condos in the city started looking for more affordable real estate and more space. A work-at-home lifestyle quickly took over as a new normal for many white-collar workers. People didn’t have to live close to the city in Toronto condos in order to experience a quicker commute to the office and they started to look further outside of the city proper to find housing.
At this time in 2020 condos were neither increasing nor decreasing in value but were instead stagnating. During the last 6 – 12 months, however, the activity in the Toronto condos market has been gaining speed across the country and especially in Vancouver and Toronto. There is a new shift happening where people want to get back into these big cities as the pandemic calms down and they return to their workplaces.

The Market Outlook report indicates that the desire for home ownership will remain strong this year and home sales are forecasted to reach 105,000, which would be close to setting a new record. There is an expected sales growth due to the continued recovery of the economy, low interest rates and more people getting back to work.

City Of Toronto and The Greater Toronto Area

The GTA is a powerful economic, financial, distribution and commercial centre in North America and the world.

The Greater Toronto Area is Canada’s most populated metropolitan area. The City of Toronto and 4 regional municipalities that surround it including York, Peel, Halton and Durham make up the GTA. In all, there are 25 rural, suburban and urban municipalities within the Greater Toronto Area. Almost 6,500,000 people live in this area according to the latest census, which was taken in 2016.

Burlington lies in the southwest part of the GTA and the region extends across downtown Toronto and Lake Ontario to Clarington in the East. At the most northern tip of the GTA you’ll find Brock, which is located in the Durham Region.

This is a huge area of land covering approximately 7125 km². Lake Ontario lies to the south, the Niagara Escarpment can be found on the west, Kawartha Lakes lies on the east while Lake Simcoe is situated just north of the GTA. It is also a part of the Ontario Peninsula and this region creates the Greater Toronto Bioregion, which is its own natural ecosystem.

The GTA is North America’s 2nd largest financial centre and generates approximately 1/5 of the GDP in Canada. In terms of business headquarters in Canada, 40% of them can be found in this area. An estimated 2.9 million employees work in the Greater Toronto Area with more than half working in the service sector. The service industry sector provides more than 72% of the GDP of the region.

In terms of the high-tech companies in the country, the largest concentration of them can be found in Markham. For this reason, the city has also been known as the High-Tech Capital of Canada. The GTA is also North America’s 2nd largest automotive centre with many big-name assembly plants such as Chrysler, Ford and GM located here along with many Canadian automotive headquarters. In fact, about 10% of the GDP of the region comes from the automobile industry.

Residents living within the greater Toronto area have many options to choose from when it comes to public transportation. Some of the public transit operations found within the perimeter of the GTA include:

Toronto Pearson International Airport is located in Mississauga and serves the GTA. This is the busiest and the largest airport in Canada with almost 50 million passengers using the airport in 2018.

There is also an important maritime infrastructure located here including the Port of Toronto. This port along with the Port of Oshawa handles anywhere from 2 to 4 million tons of cargo every year. In 2019, it also served 12,000 passengers for cruise lines.

The GTA is a powerful economic, financial, distribution and commercial centre in North America and the world. It has loads to offer to both residents and to visitors and offers a lot of opportunity for employment, relaxation, entertainment and exploration.

If you are looking to buy a condo or townhouse, new or resale – finding the right place to invest or live is easy to do on CondoRoyalty.

Get real VIP access to secret builder events for new pre-sale condominium and townhouse developments. You can leverage the power of thousands of Royalty Members to get you the best selection of available units with great incentives. Sign up with us and get a builder representative to contact you within 15 minutes.