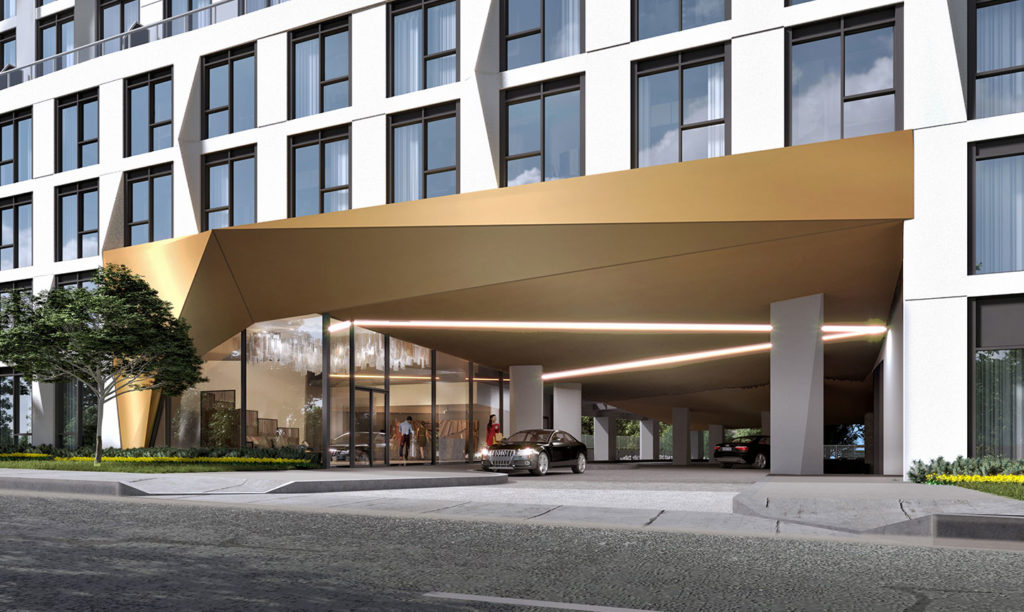 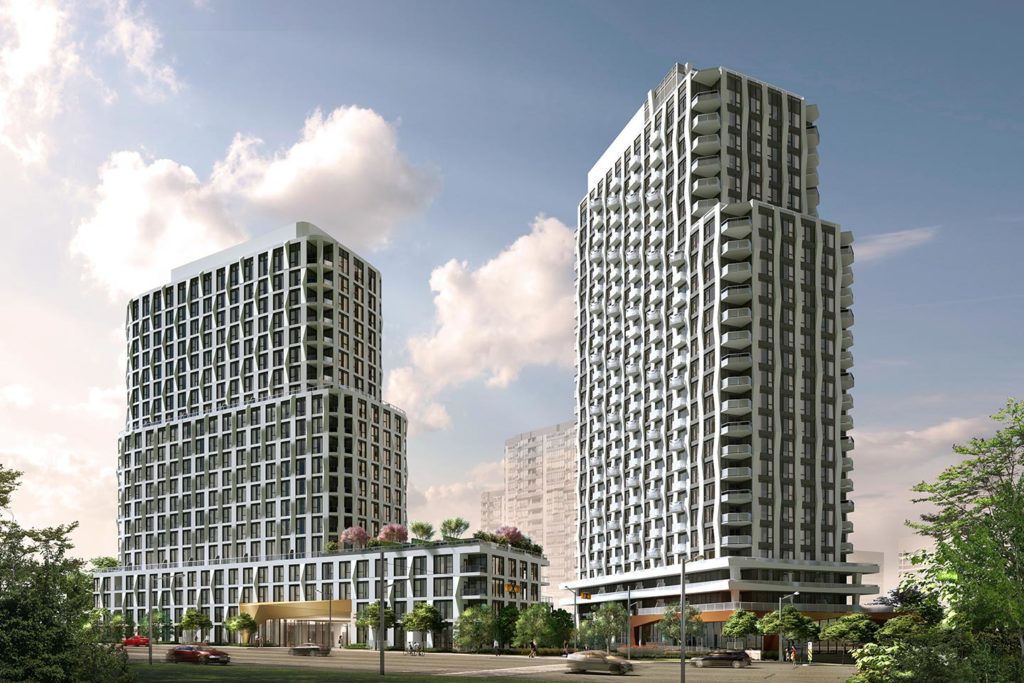 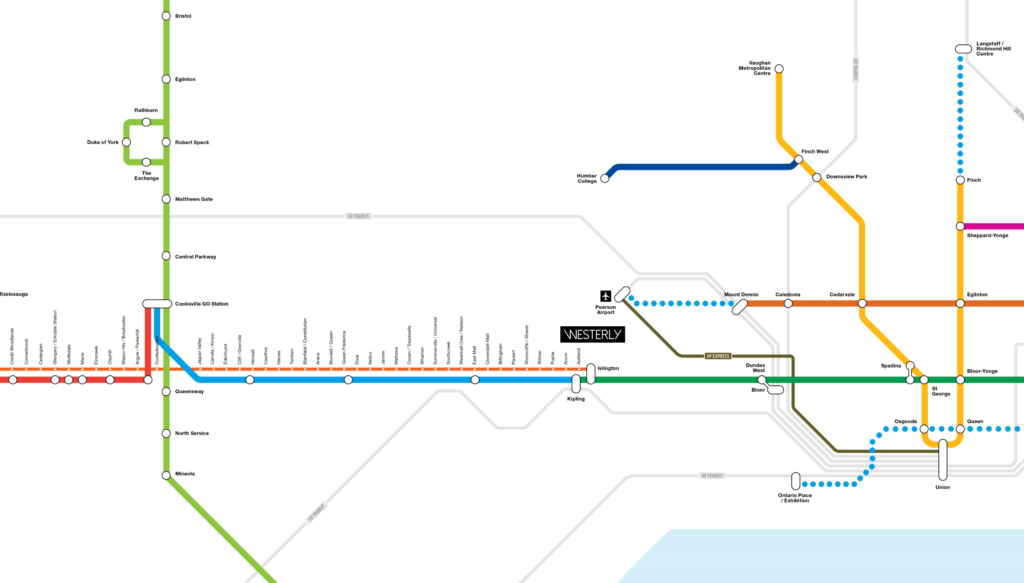 Westerly is a new high-rise masterplan development by Tridel. The community will be known as the Etobicoke Centre and envisioned to be an urban focal point for the western part of the City of Toronto. Prices estimated to be starting from $400,000+ which will included 1, 2, and 3 bedrooms, from 502 sqft to 1,120 sqft - featuring 257 units at 20-Stories. The development plans to also have a 27-Storey rental tower by Hollyburn Properties. Westerly Condos will be near by Bloor West Village, where you’ll find retail and restaurants for entertaining. The development will  be nearby BRT Line and the Kipling GO and TTC Subway Station. Easy Access to highways such as HWY 427, 401 & Gardiner Expressway, taking you to Downtown Toronto in less than 15 minutes. The project is estimated to be completed in 2024 and will be located on 25 Cordova Avenue at the Islington City Centre neighbourhood in Etobicoke.