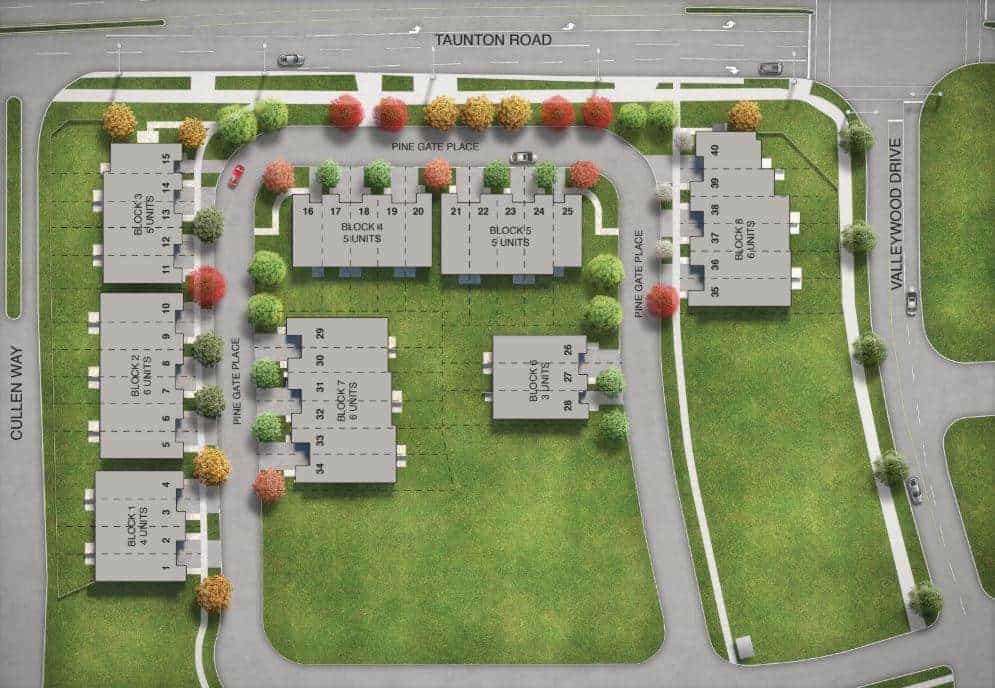 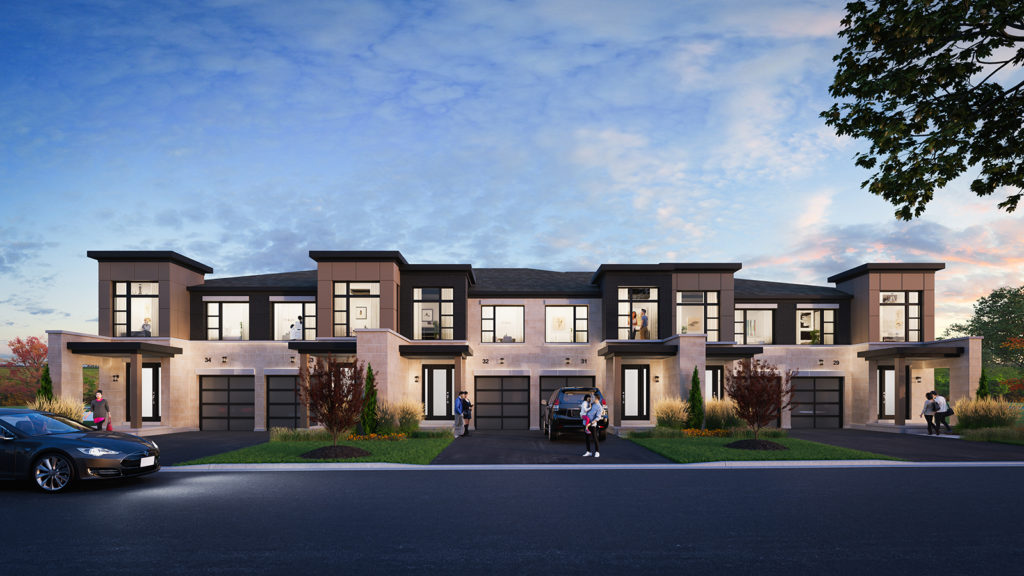 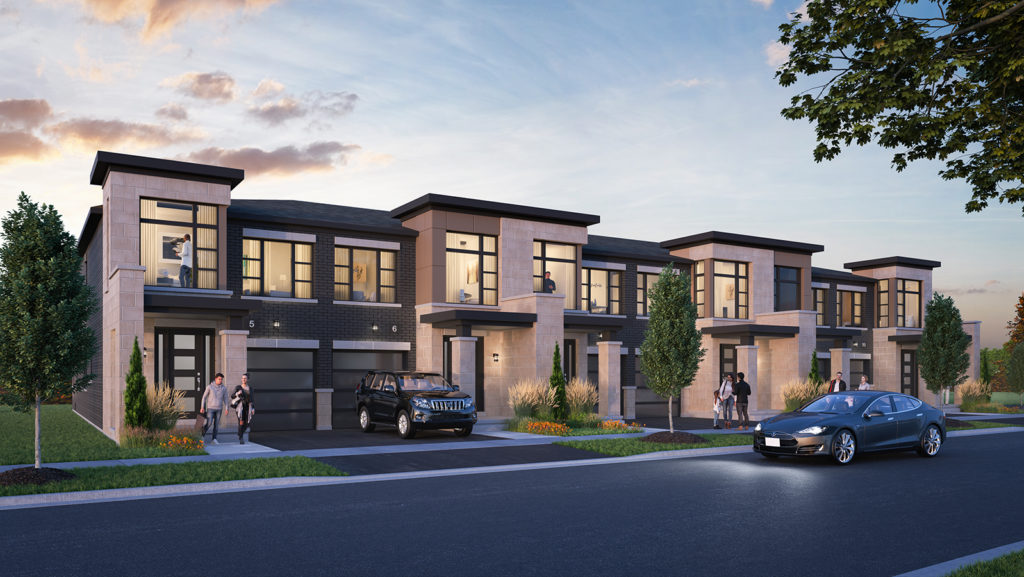 Horizons Modern Towns is a new 2-storey freehold townhome development by Chestnut Hill Developments. Prices are estimated to be starting in the $600,000s, ranging from 1,593sqft-2237sqft. All 40 townhomes will have a backyard and 2-car parking (Garage and Driveway), Blocks along Cullen Way will have a walk-out basement available. Horizons Modern Towns will be nearby public parks such as Grand Valley Park and transportation options such as Whitby GO Station. Close to highways such as HWY 412, 407 & 400. Horizons Modern Towns is estimated to be completed in July - November of 2021 and will be located between Cullen Way & Taunton Road in the Williamsburg neighbourhood in Whitby. 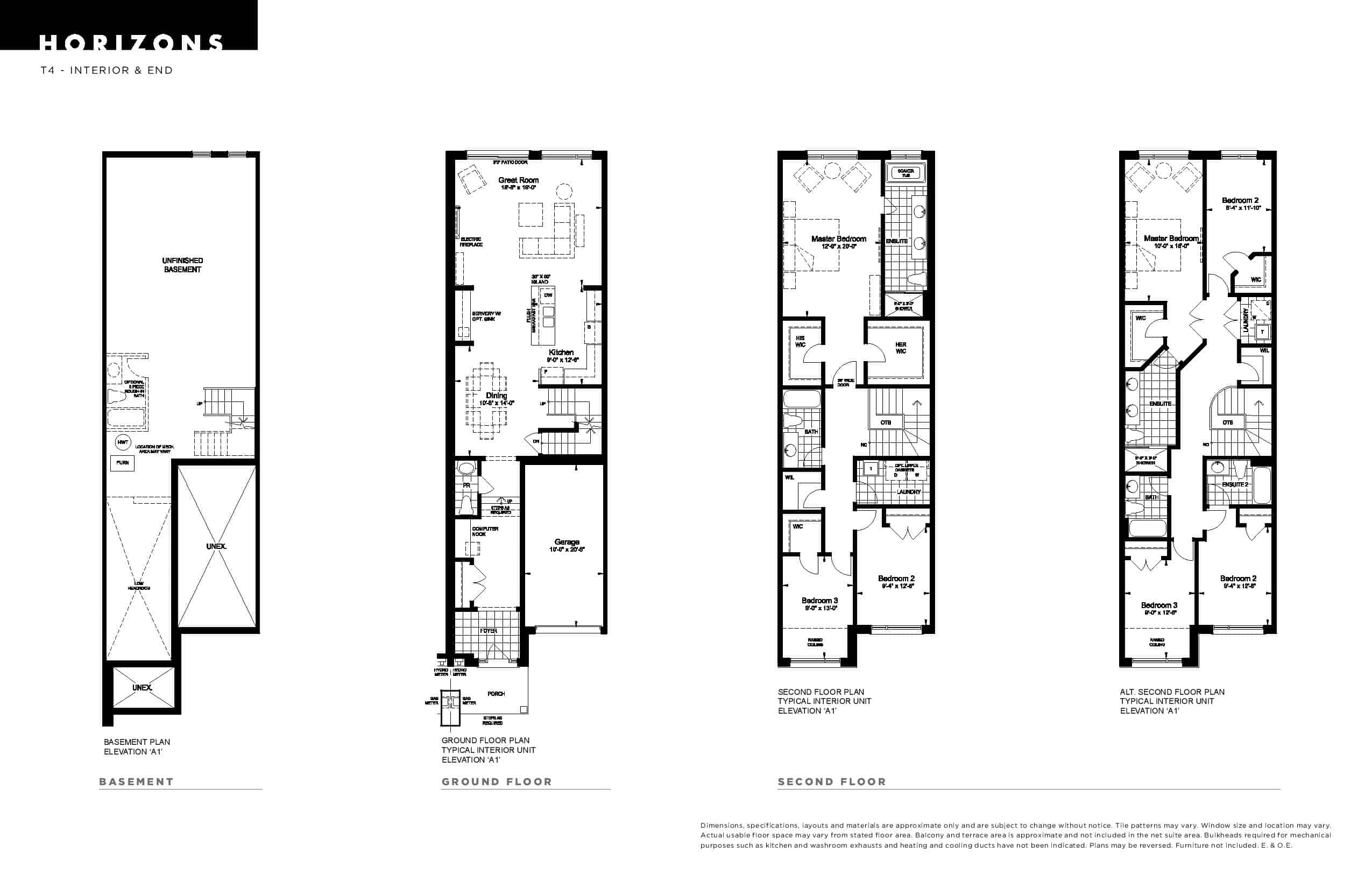 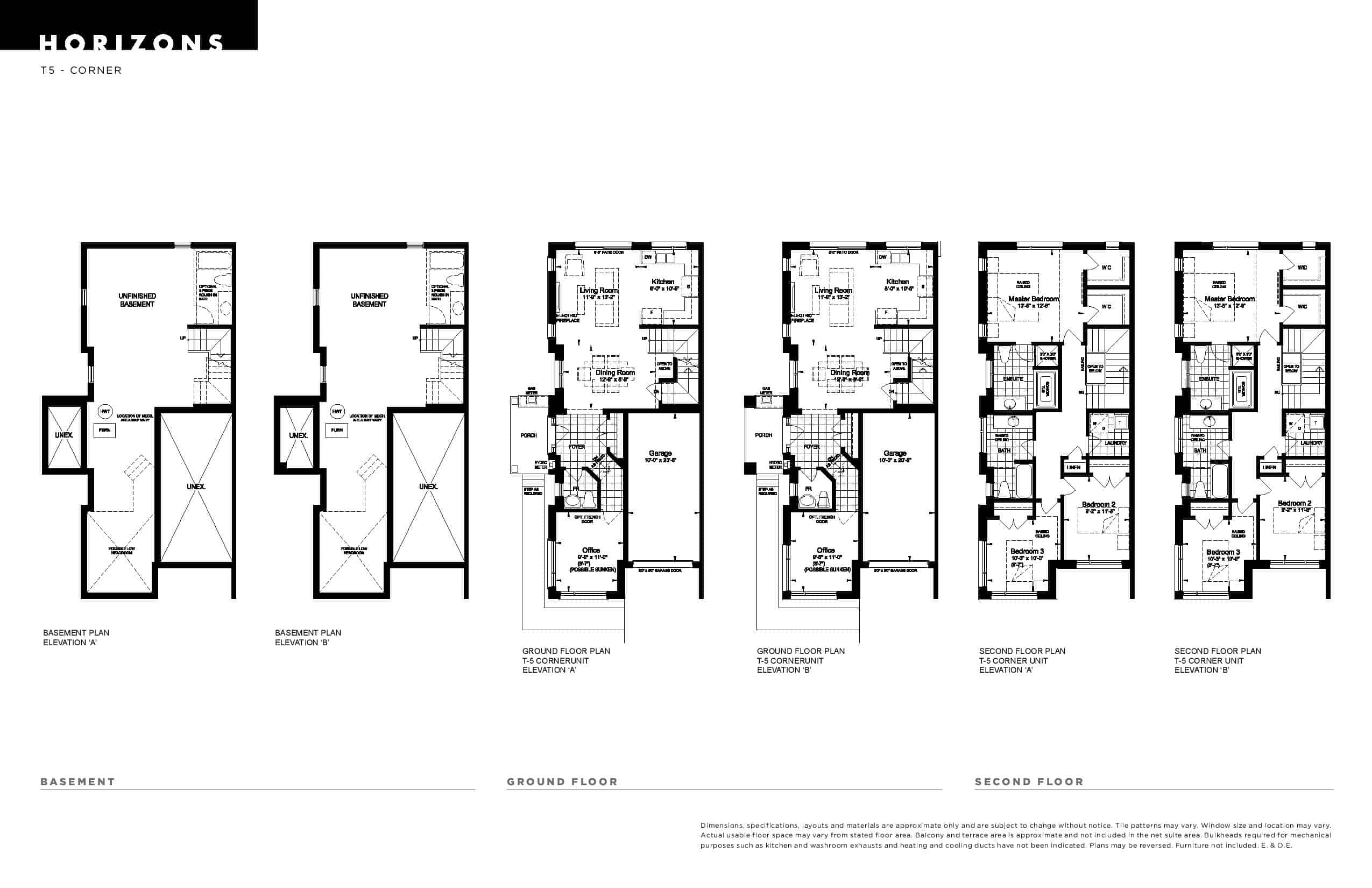 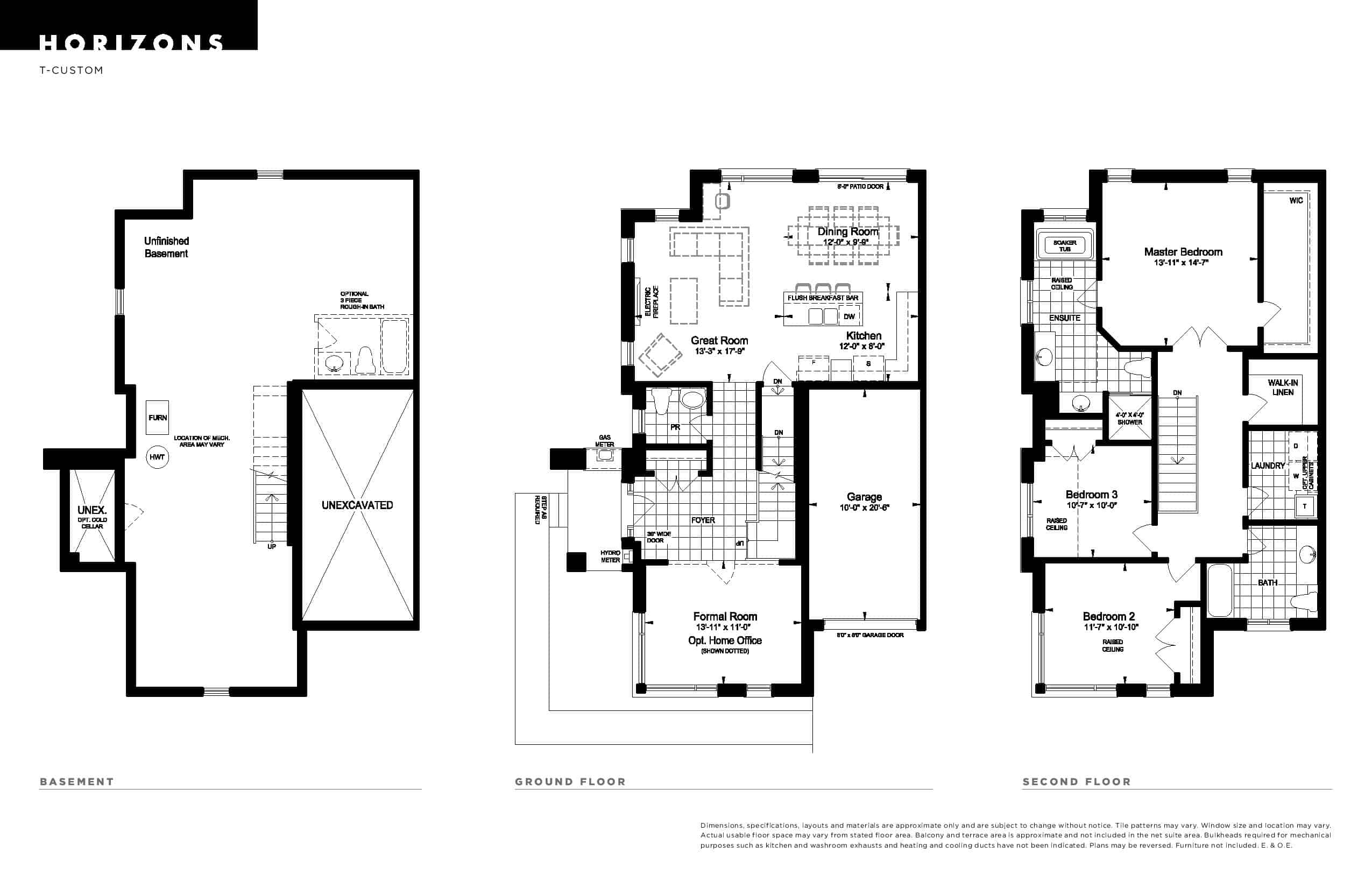 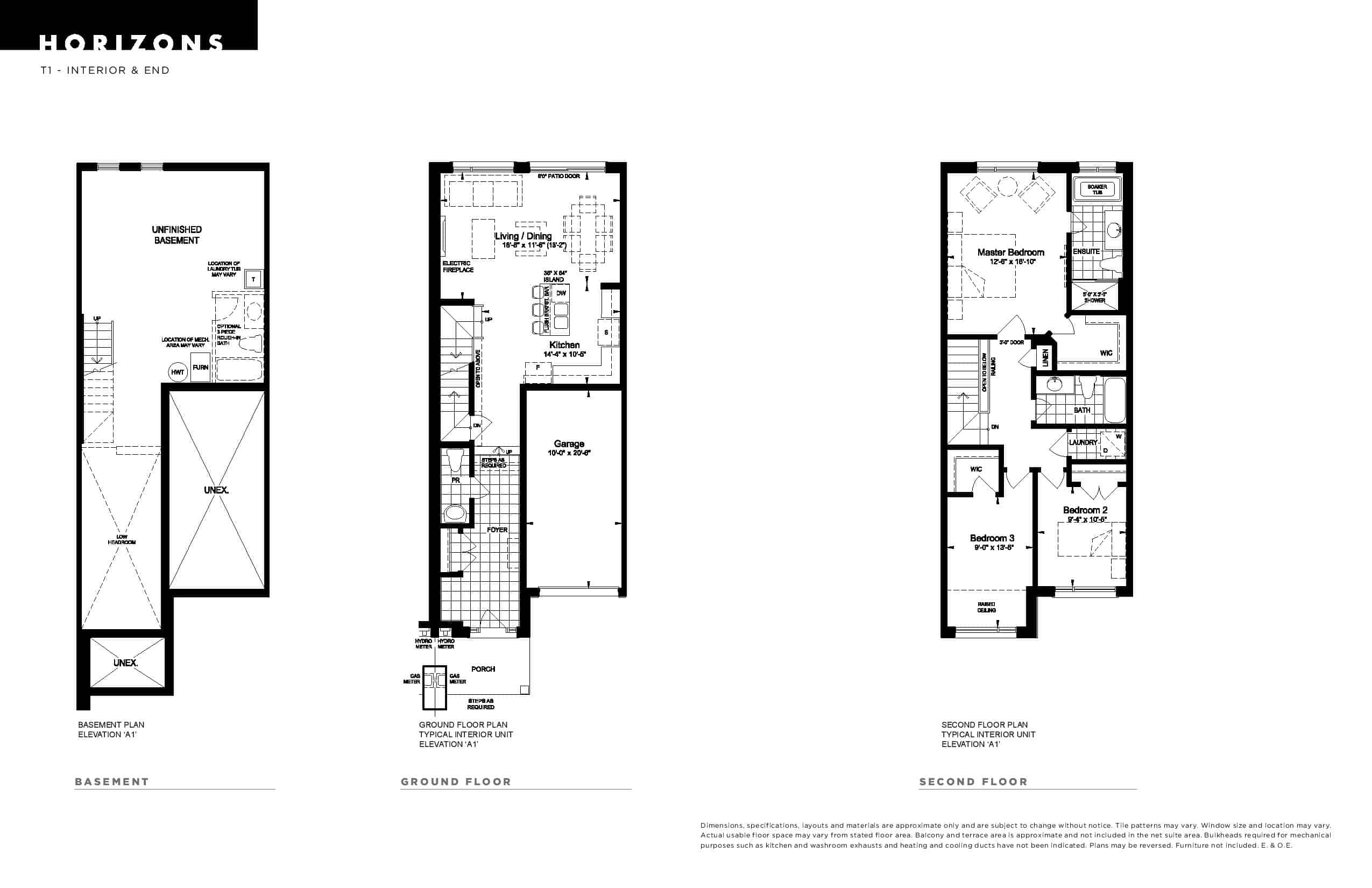 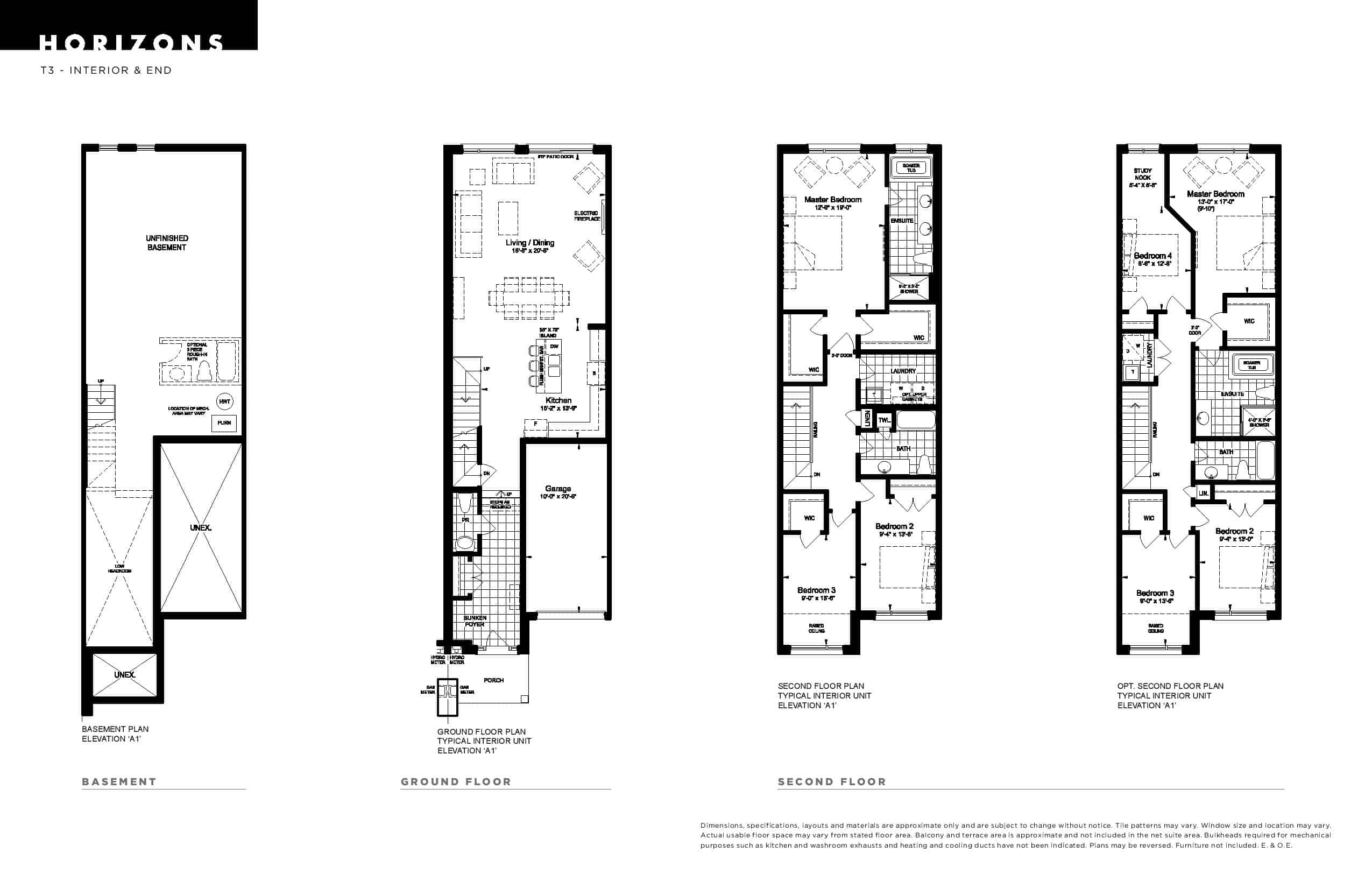 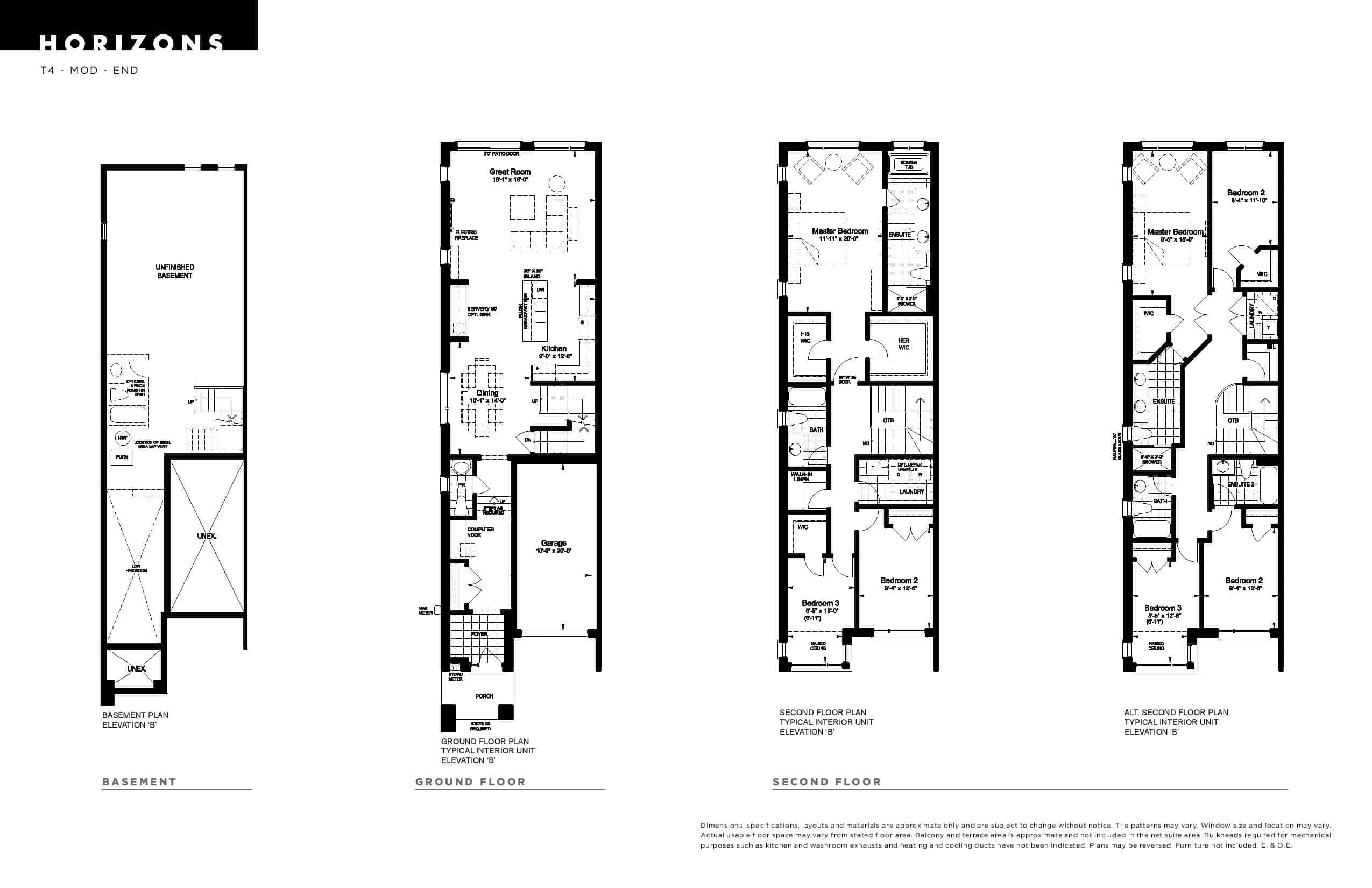